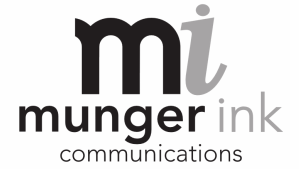 Challenge
In 1988, a volunteer group called Dublin Irish Celebration wanted to create a festival highlighting Irish music and culture.  The Dublin Irish Festival began as a one-night concert in Coffman Park in Dublin, Ohio and has become a nationally recognized three-day event that attracts entertainers and artists from around the world.

As one of the founders of the Festival, I served in a variety of roles over the years, and am currently on the festival volunteer board as head of the marketing and promotions committee. During the early years, my duties included securing artists to perform, handing on-site logistics, sourcing vendors, directing media relations efforts, and expanding the menu of cultural activities to attract a wide audience.

After a few years, the City of Dublin took over management of the event and the Festival’s growth exploded. What once was an event coordinated by volunteers in their spare time became one of the City’s signature events, with teams of full-time employees working throughout the year on planning and logistics.

Result
The Festival continues to grow, with more than 100,000 people attending the three-day event. Artists from North America, Ireland and the UK consider this festival as one of the best in the country. The Festival has been honored with several awards over the years, and I received The President's Volunteer Service Award in recognition of community service and volunteer hours on the Festival in 2012. In 2017, I was named Honorary Chair and presided over the Festival’s 30-year anniversary events and served as a Festival spokesperson.
Powered by